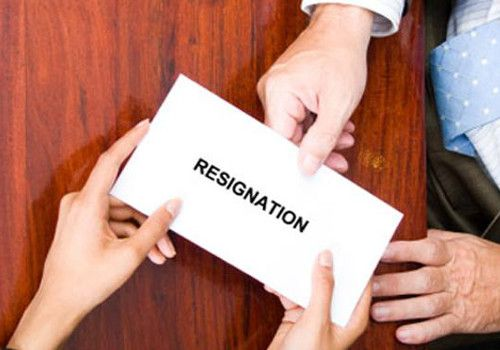 People hate to resign without another job lined up. Not just because employers prefer to hire people who are working, but also because it feels like failure. It seems as if you “couldn’t take it.” But there are times when it is very important to just let go.

If you don’t let go, you can easily destroy your career. There are two times when you should consider resigning even if you don’t have another job line up:

– When you believe something illegal or unethical is going on at work and you are concerned it will reflect badly on you.
– When your current job is negatively affecting your health and your life outside of work
Before you quit, however, you need to put together a plan that includes when and how you are going to resign, whom you are going to use as references, and, most importantly, what you are going to say about why you are resigning.

Here are a couple of examples:
Meena (not her real name) started a company with two business school friends. When she learned a few years later that her partners might be cheating their clients, she realized it was time to extricate herself from the firm, even though she would probably lose not just her job but also her investment in the company. Staying with the company was not an option when something even more valuable was at stake — her reputation.

She put a good plan in place. She hired an attorney to help her understand her obligations, set a date to resign, wrote a resignation letter which included a careful reason for resigning. It said, “It has been very exciting working with you both in this startup. I wouldn’t have traded it for the world. But now I know more about myself. I just can’t be comfortable with the lack of structure and organization…”

Meena then secured her references: a past employer, a current client, and a current colleague, all of whom would substantiate her reason for leaving. She didn’t share her suspicions about her partners with any of her references because her suspicions had not been proven. She got out with her reputation intact and found another job within four months.

Manish (not his real name) was a hard-working VP in a company that underwent a difficult merger. He has three children, one of whom is a special needs child. Before the merger he was considered a star, but after the merger he just couldn’t seem to do anything to please the new management. He noticed that one by one his colleagues from before the merger were let go or forced out. He was determined to survive — for his family’s sake.

But the job took a toll on Manish. He gained thirty pounds. He felt sick every morning going to work. He was so anxious that his family and friends were concerned. When his doctor weighed in, too, Manish knew he had to leave — job or no job. He was carefully watched, and he was working too many hours to look for a new job. He was so stressed, he wouldn’t do well in interviews.

Manish put together his plan. He collected his references, mostly from management before the merger. He set a date to resign and prepared a resignation letter that said nothing about his health but thanked his bosses for keeping him on through the merger, complimented them on all that he had learned from them, but said he wanted to redirect his career more towards sales and marketing.

Manish never said, “You made me sick, literally!” He knew someone might want to contact his new bosses for a reference, and he wanted at least a neutral one from them. His plan worked. His references from before the merger helped him find a new job.

So what are the takeaways from Meena and Manish’s successful transitions? If you choose to quit your job without another one lined up, follow these steps:

Make a plan for how you are going to resign, to whom, and when exactly. Put it on your calendar. Who else needs to be told as soon as you have resigned? Add that to your plan.
Find three good references for your work. At least one reference should be from your current employer. If you’d rather not ask your boss, try a colleague, direct report, or client.
Write a short resignation letter. It should include a compliment for your current employer and a credible new direction. Even if you plan to resign in person, take the letter to the meeting and give it to the person you are resigning to. Be sure not to blame anybody — even yourself. It could come back to haunt you.
Follow through. The day after you resign is the first day of the rest of your career.