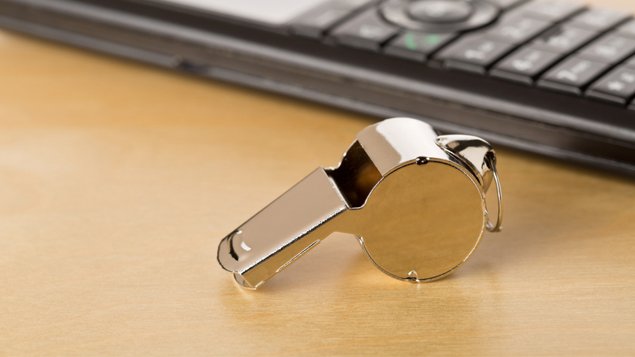 A group of MPs has called for the urgent establishment of an ‘Office of the Whistleblower’ to ensure the rights of those who make public interest disclosures are upheld and they are protected from discrimination.

Just 12% of whistleblowers whose cases go to preliminary hearing at employment tribunals in England and Wales are successful, and almost half of whistleblowing cases in 2018 took longer than two years to be heard, according to research conducted by the University of Greenwich for the All Party Parliamentary Group for Whistleblowing.

There is also a high sickness absence rate among whistleblowers, according to the ‘Making whistleblowing work for society’ report. In 2018, almost two in five reported going on sick leave after making a public interest disclosure, an increase of 15% since 2015.

Female whistleblowers were more likely to report health issues, less likely to have legal representation, and were less likely to win their claim for unfair dismissal even when an employment tribunal judge upheld their protected disclosures.

The researchers looked at 600 whistleblowing cases heard at tribunals between 2015 and 2018.

Mary Robinson, chair of the APPG for Whistleblowing, said it was time for “a root and branch reform of the legislation”, including the establishment of a body capable of tackling and challenging wrongdoing.

“This office will be tasked with the review of [the Public Interest Disclosure Act] and the development of legislation that addresses the substantive issues to ensure that protecting those who speak up and wrong-doing is addressed at the earliest opportunity.

“This body will also need to review international best practice and look to make best practice our practice. The APPG calls for new whistleblowing legislation with an Office of the Whistleblower as the bearer of its implementation.”

Georgina Halford-Hall, CEO of WhistleblowersUK, said the introduction of an Office of the Whistleblower with a statutory duty to focus on wrongdoing and protect workers from retaliation by employers was a “21st century necessity”.

She writes in her introduction to the report: “Existing legislation neglects the very reason that people speak up because it fails to address the issues. As a result, we have seen a constant stream of criminal behaviour, seemingly avoid scrutiny.

“In 2018 over 30% of allegations included a crime: fraud, price fixing, health and safety and child sexual abuse. This number increases year on year, possibly because public awareness has increased. However, there is no evidence that any of these cases have been referred to the Crown Prosecution Service. PIDA makes no allowance for the investigation of crimes.”

The report concludes that the employment tribunals system is “dominated by David v Goliath cases in which the employer has large skilled teams of legal advisors and the whistleblower is alone”.

It says: “The findings in this report highlight the need for improved access to justice for whistleblowers. It is necessary to reconsider the institutional embedding of whistleblowing legislation, more precisely how an independent Office of the Whistleblower could improve access to justice for all concerned including upholding the public interest, ensuring that wrongdoing is addressed.”